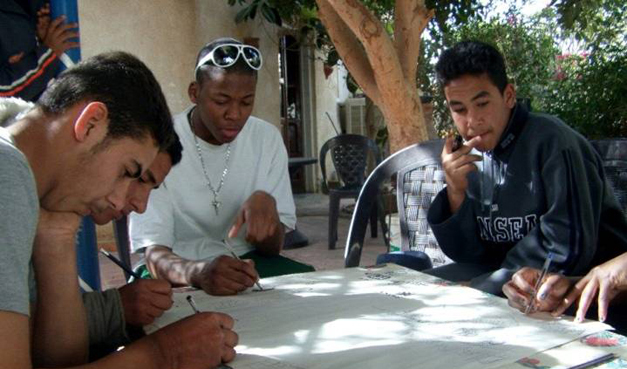 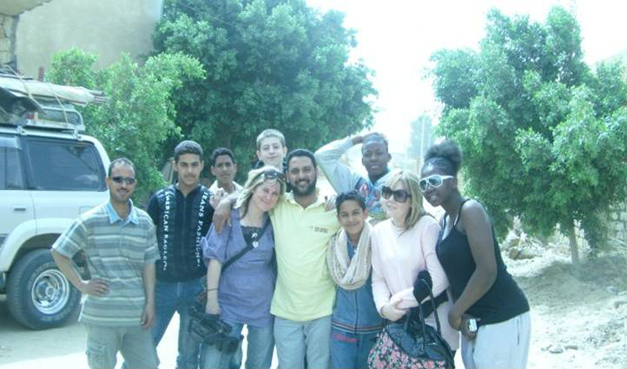 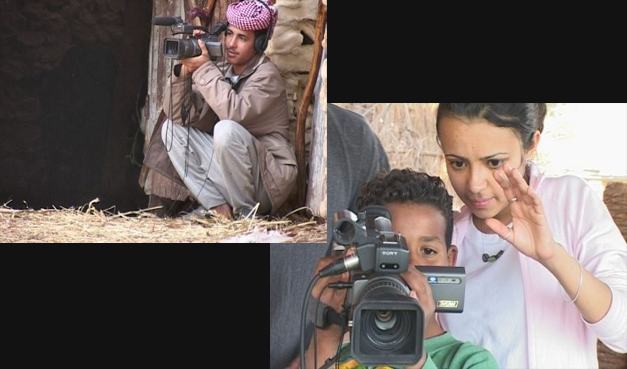 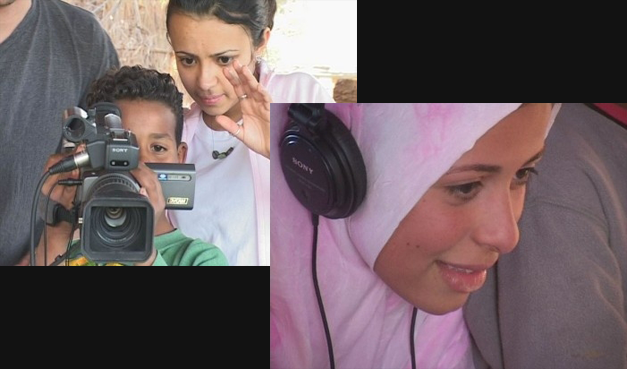 In 2002 Mouth That Roars visited Bahariya Oasis, a village in the Egyptian Desert and over a period of six days trained a group of young people to make a film about their lives. Working alongside Khaled Ahmed, a Technology Teacher based in Bahariya, the group produced ‘Our Everyday Lives Bahayria, Egypt’.

‘Our Everyday Lives Bahariya, Egypt’ gives us, the viewer, an insight into their daily activities, how they live, how they see the world, their beliefs, how they feel about their lives and their hopes and aspirations for the future.

Since the making of this film MTR has returned with film equipment to enable the young people of Bahariya continue the film making process, filming local activities such as weddings and other special occasions.
MTR aims to set up a media space in Bahariya where the children and young people can regularly visit and learn all aspects of film making, link to other young people via the internet, access world cinema and have a space to meet, chat and develop their programme.

We also aim to implement media projects that will be run by the young people and supported by their local communities, so that they can:

A group of young people from Hackney were funded by Hackney Youth Opportunity Fund and MTR to visit Bahariya and make a film with the young people living there. This is the film produced:

‘The Letter’ – A Children’s Rights Film

MTR supported a film project with a group of young people living in Bahariya, Egypt and they produced a short film entitled ‘The Letter’.

The Letter was produced by young people who attended a day of learning about their rights which was delivered by the Palestinian Friendship Association (supported by MTR – see Palestine project for more information).

The young people then went on to produce the film over three days, which included scripting, filming and basic editing. The film they have produced explores the importance of being able to read and write.

Find out more about Bahariya