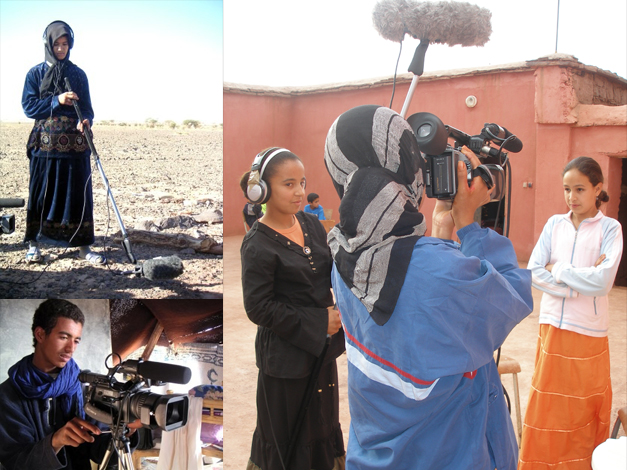 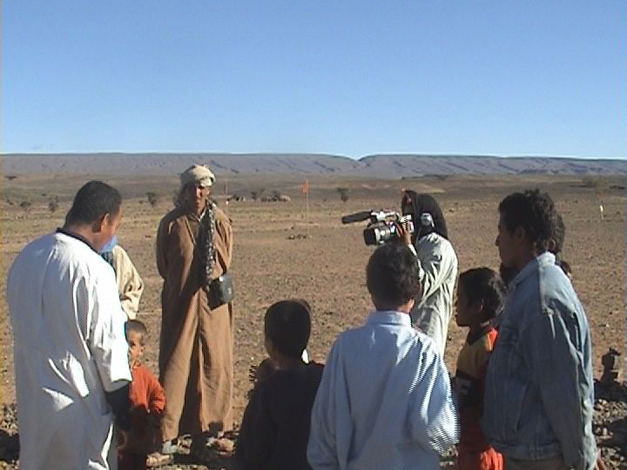 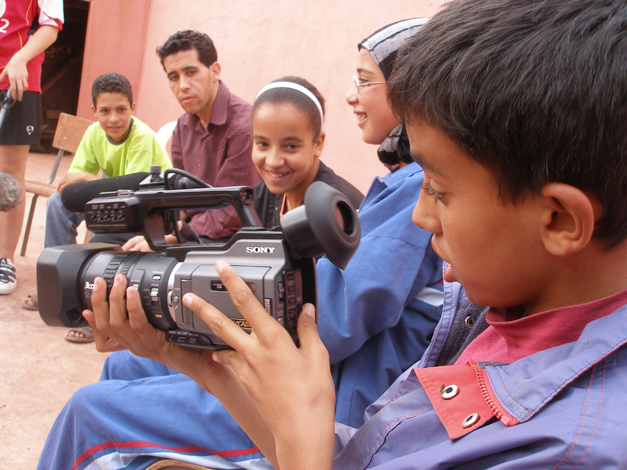 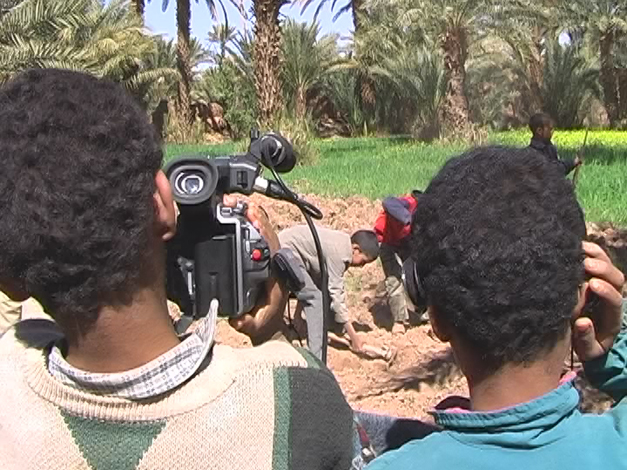 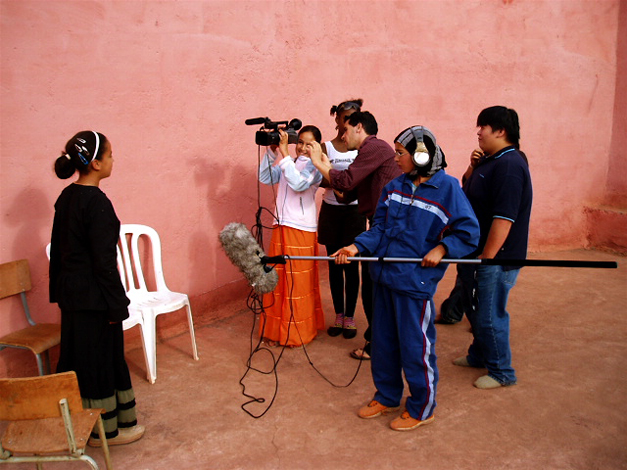 In 2004 Mouth That Roars visited Bayed, in the Moroccan Desert and over a period of six days trained a group of Nomadic young people in filmmaking. Working alongside Yahya Benjlil, a Teacher based in Zagora Morocco, near Bayed, the young people produced ‘Our Everyday Lives Morocco’.

‘Our Everyday Lives Bayed, Morocco’ takes the audience on a journey through the eyes of the young people as we follow a typical day in their everyday lives. We, the viewer see how they live, the school they attend in the desert and we discover how they feel about their lives and the community around them.

MTR recently gave school children from Zagora near Bayed, disposable cameras and over a 24 hour period they recorded images that reflect their lives, thoughts and feelings. These wonderful images have been produced in a book (available to purchase from MTR) and demonstrates the creativity of the young people.

After producing a short film about their everyday lives as part of a film exchange, children from Mansouria School decided that they would like to venture into the world of drama and in January 2008 produced a short drama that follows Ali, a young boy, in his dilemma as to whether to go back to school or not.

The piece highlights some issues of why young people may not go to school and what influence friends can potentially have.
They also produced ‘Ali’s Story’ scripted, directed and filmed by 22 young people between 10–11 years old who attend Mansouria School.

The Young Peoples Thoughts and Feelings:

What We Most Enjoyed:

Mouth That Roars was granted support from E.I.L cultural and educational travel (www.eiluk.org) and Youth Opportunities Fund to take a group of young people from Tower Hamlets to spend two weeks making a film with children in Morocco about their lives.

“I have learnt soooo much on this trip! Learnt about different cultures. How to co-operate. How to time keep. How to eat with my fingers, camp outside!!” – Georgia

“That you can learn a lot even if you can’t speak the language and that getting to know your environment is important. I feel this experience has been a refreshing one and that some things that are wants to us are needs to someone else…”

“Learning a different way of life, culture and learning a new experience because this helps me to learn about life outside of London”. – Keith

Both films have been part of a cultural exchange project, where both groups of young people have exchanged letters and as a result, produced films in order to learn about each other’s lives.

The film exchange happened in March 2007.

Over the Christmas period Winton Primary School raised £90.00 for the Mansouria School. This enabled them to purchase animation equipment in order to continue the film process and produce an animation as the second phase to their exchange.

“If we screened our film in London, we are sure they will like it because maybe they have never seen such a life” – All the children
“There is no lie, the truth is in the film. This is fact, this is our lives” – All the children
“We are proud of the film and our lives” – Mustafa 10 yrs
“On the TV it’s fiction but our film is real” – Lubna 10 yrs
“From doing this we have learnt how to make a film together” – All the children
“The main thing here is to introduce ourselves and then we get to know each other” – Sofian 10 yrs
“We have learnt that one is not better than the other, it’s seeing the positive difference” – Lubna 10 yrs
“We have seen from the London children’s film that they all can have a ball, where we only have one ball that we share and play [with] together. ” – Sofian 10 yrs
“We, of course own the film. It is all our work” – All the children

To find out more about Zagora